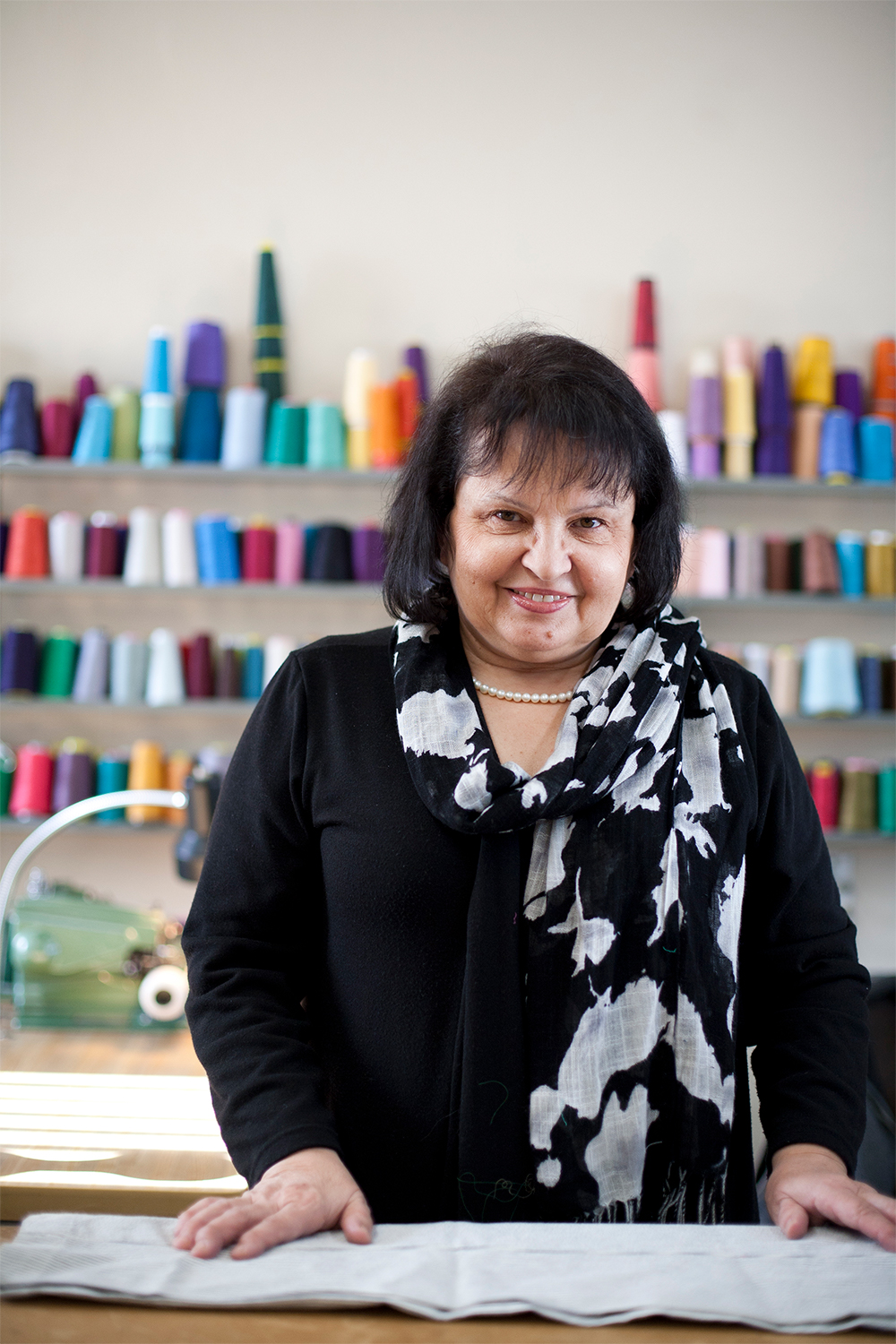 As was true in many parts of the country at the time, life in Zhitomir, Ukraine, during the reign of Communism was difficult when Tamara was growing up. Ukranian women adapted by leading fairly self-sufficient lives. They grew their own vegetables, milked their own cows, and took care of their family’s clothing needs by sewing. Also common was for women to be masters of embroidery and crocheting. Tamara’s mother was one such woman. An experienced seamstress, her children never needed to wear expensive store-bought clothing.

Tamara and her brother followed in their mother’s path, learning to do for themselves through hard work and increasing skill. Tamara’s first sewing projects consisted of fashioning custom clothes for her dolls. Later her father bought Tamara her very own mannequin to encourage her talent at dressmaking, and at sixteen, she began her sewing career. While pursuing a certification in pattern and custom dressmaking, she worked as an apprentice at a local tailoring shop, sewing skirts and summer dresses. She was responsible for selling what she made during the weekend bazaar. She disliked the sales aspect of the job, often having to spend entire days alone supervising the booth, so as soon as she fulfilled the training requirements for certification, she left the shop to work in a sewing factory. When the factory closed, Tamara continued to sew from home, raising children and making dresses and blouses for her mother and daughters. She also worked part-time for a well-known toy manufacturing company, custom-making and embroidering decorative clothing items for dolls. She immigrated with her children to the United States in 1998 and joined Vera at Old Country Tailor in January 2000. Her brother, talented and skilled as well, remained in Ukraine and owns a successful tailoring shop in Zhitomir.

At Old Country Tailor, Tamara takes care of all the common alterations—slimming skirts, hemming pants and adjusting shoulders. She is also a master of repair work, producing virtually invisible patches on jeans. Her zeal for quality and her eye for fine details make Tamara an irreplaceable member of the staff. Ever patient and meticulous, she finds great reward in pleasing clients: “It’s good to know that someone was made happy today because of my stitches.”

This website uses cookies to improve your experience while you navigate through the website. Out of these, the cookies that are categorized as necessary are stored on your browser as they are essential for the working of basic functionalities of the website. We also use third-party cookies that help us analyze and understand how you use this website. These cookies will be stored in your browser only with your consent. You also have the option to opt-out of these cookies. But opting out of some of these cookies may affect your browsing experience.
Necessary Always Enabled
Necessary cookies are absolutely essential for the website to function properly. This category only includes cookies that ensures basic functionalities and security features of the website. These cookies do not store any personal information.
Non-necessary
Any cookies that may not be particularly necessary for the website to function and is used specifically to collect user personal data via analytics, ads, other embedded contents are termed as non-necessary cookies. It is mandatory to procure user consent prior to running these cookies on your website.
SAVE & ACCEPT